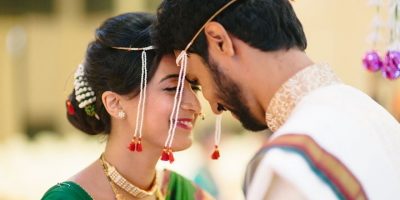 Muslim marriage registration in India is done under the Muslim marriage act which is guided by The Muslim Personal Law (Shariat) Application Act, 1937. However to issue  Muslim marriage certificates different states have different guidelines.  There are some states for which marriage registration is compulsory and for some it is not. These laws are not applicable in Goa state, where the Goa Civil Code is applicable for all persons irrespective of their religion. These laws are also not applicable to Muslims who have married under the Special Marriage Act, 1954.

While other religious communities in India have codified laws, Muslim personal law is not codified in India.

The Kazi who has performed the marriage can issue a “Nikahnama” which is a marriage certificate.  For legal reasons, such as passport, bank account opening, inheritance, consent in case of emergency, etc it is advisable that the Muslim marriage should be registered with the marriage registrar.

In India and some of the Muslim countries Nikahnama is sufficient proof of Nikah or Muslim Marriage, however in other countries for the purpose of immigration/ spousal visa the proper Muslim marriage certificate is issued by the Registrar of Marriages of the District where marriage was solemnized and/or where the parties usually reside will be sought by the foreign authorities.

It is not only the Marriage Certificate that is required but this has to further bear authenticity/verification/ Apostille from MEA, New Delhi.  The Valid Marriage Certificate is issued by the Registrar of Marriages only after the registration of the marriage with the officer.

The Notice period of 30 days required only for marriage registration under the SMA, 1954 and not for other State Marriage Registration Acts.

You should first find if the State in India where you stay and are getting married has any such State Marriage Registration Act or not if that State has the said mentioned Act then get the Nikah registered under that Act only and get a Marriage Certificate from the Registrar of Marriages under the Act.

Following are the documents required for Muslim marriage registration:

Muslim marriage registration process and the Muslim Marriage Act in India is governed by The Muslim Personal Law (Shariat) application act 1937 . This law deals with marriage, succession, inheritance in Muslims.  This act is based on Islamic law(Sharia) .

As per this act, marriage or “Nikah” between an Indian Muslim groom and bride is a civil contract that both the groom and the bride agree to.

Some key features of the Indian Muslim Marriage Act are listed below:

Consanguinity (qurabat)-it means blood relationships and bars a man from marrying- Mother or grandmother, sister, aunt, niece etc.
Affinity (mushaarat)-a man is prohibited from marrying-
mother-in-law, step-grandmother, daughter-in-law, step-granddaughter, etc.
Fosterage (Riza)– when a child under the age of two years has been suckled by a woman other than his or her mother, the woman becomes his foster mother,a man may not marry his foster mother or her daughter or foster sister.

(The procedure regarding the above issue might have been amended in few states.)

Under which law Muslim marriages in India are registered?

Law for Muslim marriage registration in India varies from state to state. Generally, laws in different states are governed by the special marriage act  1954.

How much time is required to get certified under Muslim marriage registration?