All Marriages will be registered in Telangana now 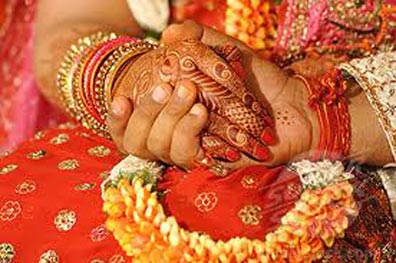 The Telangana State Commission for Women on January 10, 2017 sought effective implementation of the Compulsory Registration of Marriage Act to prevent child marriages in the state. Laws that set a minimum age of marriage are an important way to safeguard boys and girls from being married before they are ready. The Act was made in undivided Andhra Pradesh in 2002 and the Telangana government adopted it in December 2014.

Noting that marriage registration officers are in place at different levels in the districts, the District Legal Services Authority; in an orientation program of gram panchayat officials directed that they register all marriages along with the age of the bride to control child marriage.

The Joint Collector called upon the officials and public to take control of child marriages as a social responsibility. The registration of marriage would also help women if they face any distress in their married life. Newly married couples must obtain a marriage registration certificate within a month after marriage.

The registration of marriages would also help in preventing any irregularities in the implementation of the state government’s ‘Kalyana Lakshmi’ and ‘Shadi Mubarak’ schemes (under which brides are offered financial assistance).