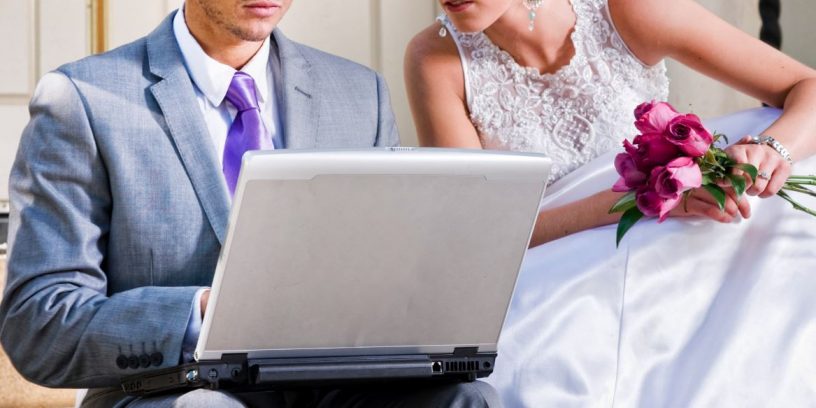 In Delhi , married couples needs to register their marriage within 60 days of the marriage irrespective of caste, creed and religion  under compulsory Registration of marriage act of Delhi  2014. Marriage registration in Delhi is  mandatory now .

There are two kinds of process for marriage registration in Delhi under  Hindu marriage act :

Under normal process  first application , affidavits and other supporting documents has to be submitted in the concerned office of sub divisional magistrate office. If documents are completed in all respect, a date and time for marriage registration is given.

On the date of appointment , husband,  wife and two witnesses has to be present in the Sub divisional magistrate office along with original documents . Its mandatory for marriage registration. Without physical presence marriage certificate can not be issued.

Muslims, Christians and inter religion married couples can register their  marriages  under special marriage act. Its  30 days process.  First notice has to be served . After 30 days if there is no objection from any one , marriage registration can be done and marriage certificate is issued.

Both parties are required to be present after submission of documents for issuance of public notice inviting objections. One copy of notice is pasted on the notice board of the office and another copy of the notice is sent by registered post to marriage officer of the area where either of the parties having present/permanent address.

Registration is done 30 days after the date of notice after deciding any objection that may have been received during that period by the SDM. Both parties along with three witnesses are required to be present on the date of registration/ Solemnization. For filing objection, register is available with the Dealing Assistant in the office of SDM(S). Marriage Registration certificate is issued within 14 days.

The Sikh Marriage Act known as the Anand Karaj Act is an early 19th century notion. Before this time Sikh faith was considered a branch of the Hinduism tree and people believed that the marriage of Sikhs should be recorded in Hindu Marriage Act. It was in 1909 when the Anand Karaj Act was passed due to the Namarari Movement. Sikh couples can register their marriage in Delhi under newly introduced Anand Marriage act.

Under this act , application  along with supporting documents has to be submitted in the sub magistrate office of the area. If document is OK , a date and time is allotted for marriage registration. On that date  married couple has to visit SDM office along with two witnesses . Same day marriage certificate is issued .

Late fine in case of delay in marriage registration

In Delhi a marriage its mandatory to register a marriage within 60 days from the date of marriage .

There is late fine in case of delay in the registration of marriage beyond 60 days  :

Following are the documents required for marriage certificate Delhi :

In addition to the above documents you must have to submit an affidavit executed by the bride and groom in the following format.

Eligibility for Marriage registration in Delhi

Irrespective of caste or religion of the spouse involved, all marriages which are solemnized in Delhi comes under the Compulsory Registration of Marriage Order, 2014. These are the certain prerequisite conditions required to be met in order to have a marriage registered in Delhi.

In Delhi now it is possible to apply for Marriage registration online. The married couple who wishes to avail of Marriage Certificate online in Delhi option may visit the website:  http://edistrict.delhigovt.nic.in/  and fill the form. The form and application can be submitted online and an acknowledgement receipt would be given right away.

The e-governance endeavour of Government of Delhi has come up with easy and user-friendly way for registration of marriage online along with other certificates.

Marriage registration in Delhi can be done in the following SDM offices , in the jurisdiction of which married couple lives .