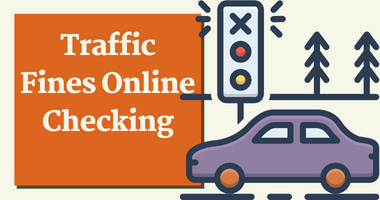 About Traffic Rules and Fines

How to Check Fines Online

If you are a motorist who drives a motor car on a daily basis and are unaware of your online traffic fine status, follow these steps to check traffic fines.

That’s how you can check fines online. Here is the point where traffic fines online checking and payment for E-challan has been completed.

Point to be noted in this whole procedure

The size of penalty depends upon the size traffic rule broken by the driver. Like, if the driver has been caught in a case of driving without a valid and proper insurance for its vehicle, then the penalty can be of 2000 Rs or up to 3 months on jail to 4000 Rs to 3 months on jail.

That concludes the discussion on how to check fines online(check traffic fines). If you have any queries regarding traffic fines online checking and payment, you can ask in the comment section. I would be delighted to assist you with your inquiries.