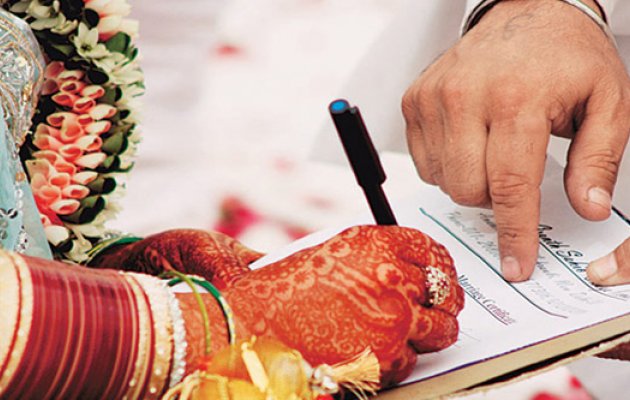 The Special Marriage Act was enacted to provide a special form of marriage for any person in India and all Indian nationals in foreign countries irrespective of the religion or faith followed by either party to the marriage. The parties may observe any ceremonies for the solemnization of their marriage but certain formalities are prescribed before the marriage officer can register the marriage. For the good of the Indian citizens abroad, the act provides for the appointment of diplomatic and consular officers as marriage officers for solemnizing and registering marriages between citizens of India in a foreign country. The Act is applicable throughout the country except the state of Jammu and Kashmir.

Conditions for the Special Marriage Act are as follows:

The Act states that a marriage between two persons can be legalized, if the following conditions are satisfied at the time of marriage: